…professional dialogue is the key; for when teachers regularly and routinely talk about, think about and reflect upon classroom practice their understanding of learning and the learning process deepens. The best teachers understand learning. They know it is a messy, complex, even mysterious process and to facilitate it in others requires the ability to respond, adapt and intervene. Great teachers are flexible and can think on their feet; certainly they plan lessons but they also have plans B C and D up their sleeve and the confidence and judgment to know when to use them.

In short, the very best teachers have professional capacity. It follows therefore that any genuine aspirations of excellence must be accompanied with and underpinned by a commitment to consciously develop such capacity. It sounds a daunting prospect, yet if we strip back the rhetoric we are simply talking about developing a community of professionals who regularly and routinely discuss and debate professional issues in an honest and reflective manner in order to deepen and develop their individual and collective understanding. Professional dialogue lies at the heart of developing professional capacity…

The Zone of Challenge

Successful learning requires an element of challenge; too easy they become bored, too hard they are bewildered, pitched correctly they are engaged and helped take the next step in their learning.

The zone of challenge tool was designed to help teachers reflect upon practice and stimulate professional dialogue so that their personal understanding of the concept of challenge and engagement deepens. 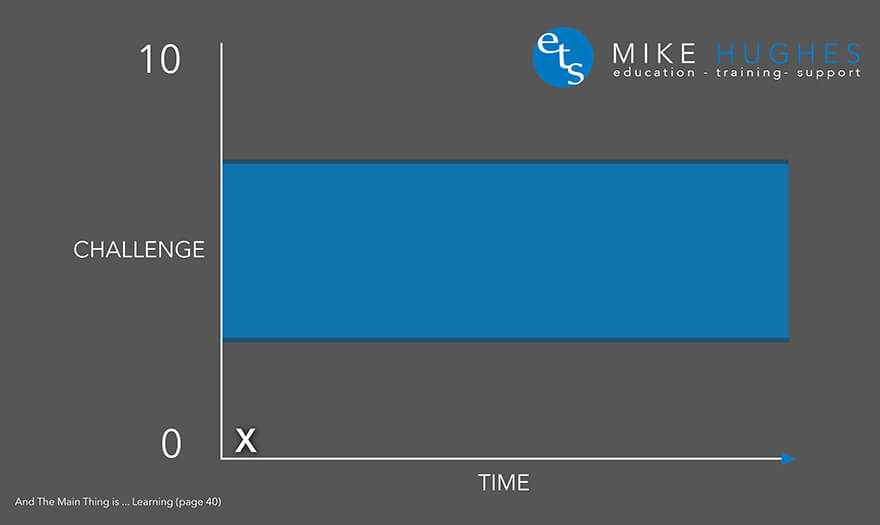 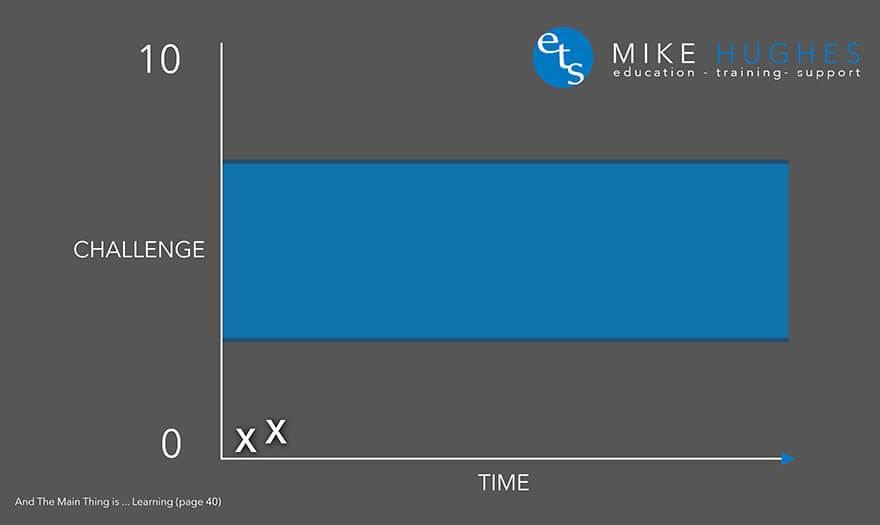 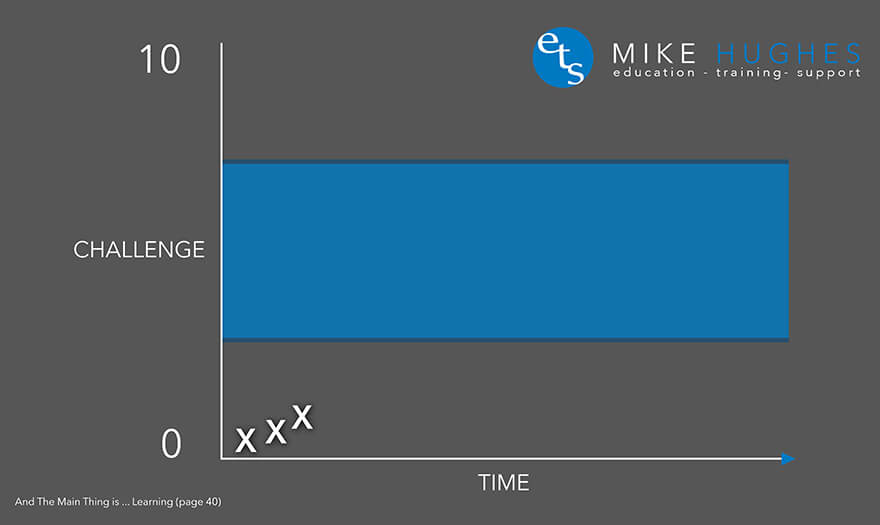 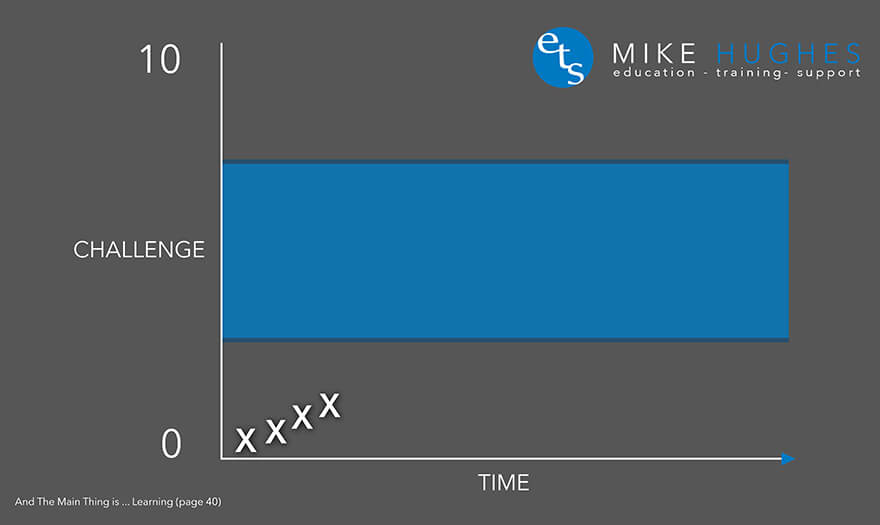 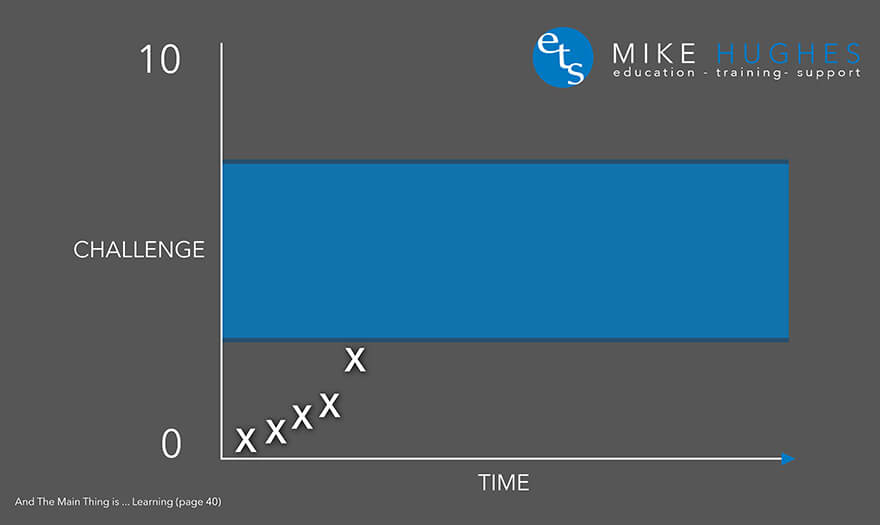 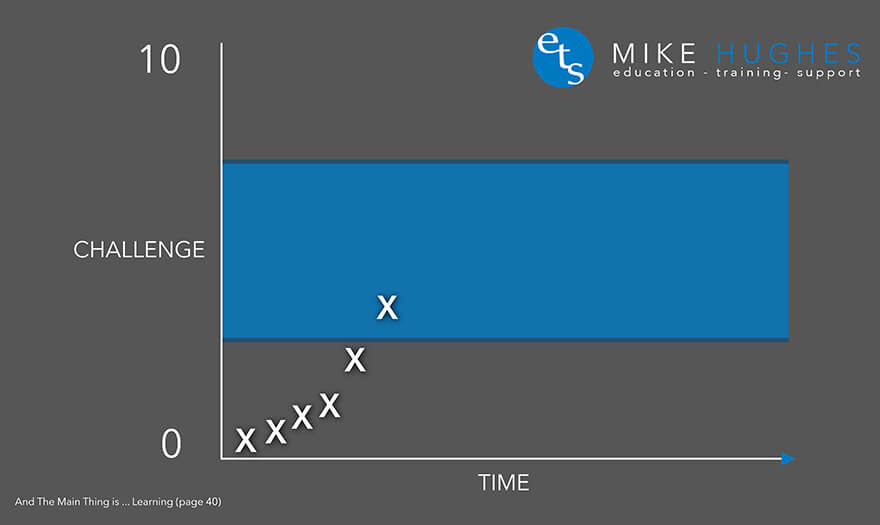 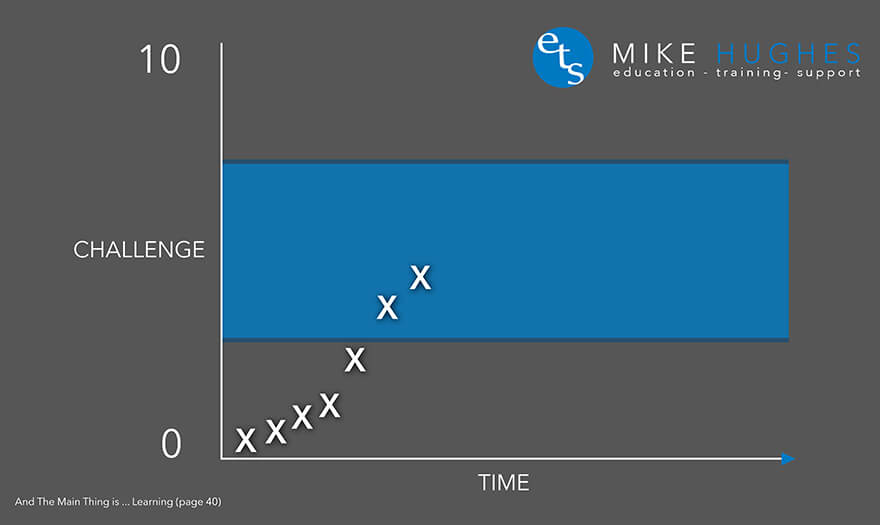 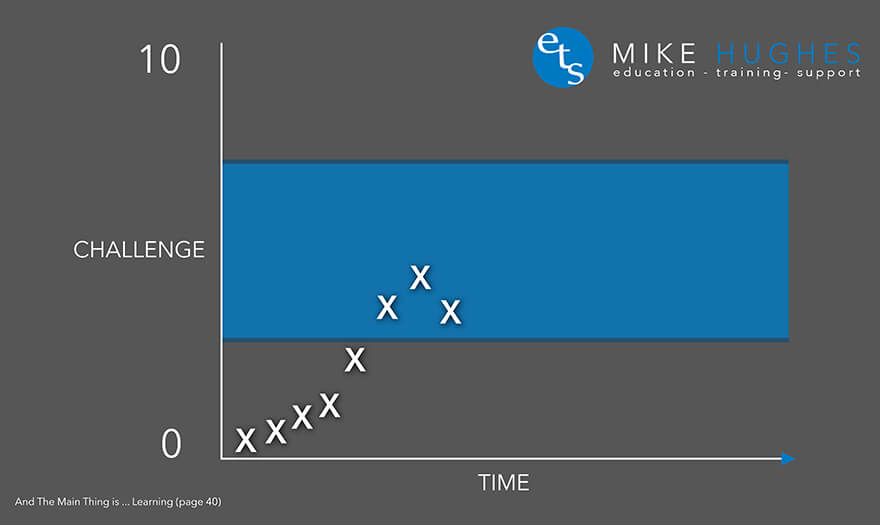 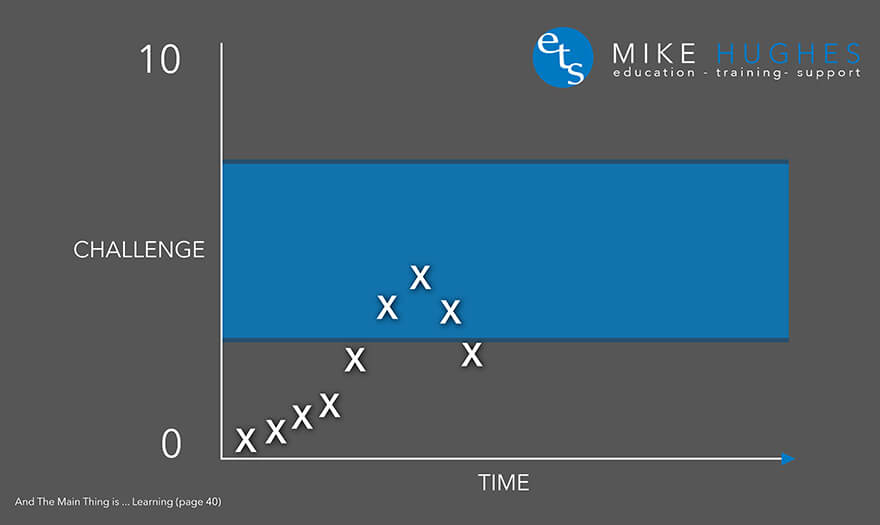 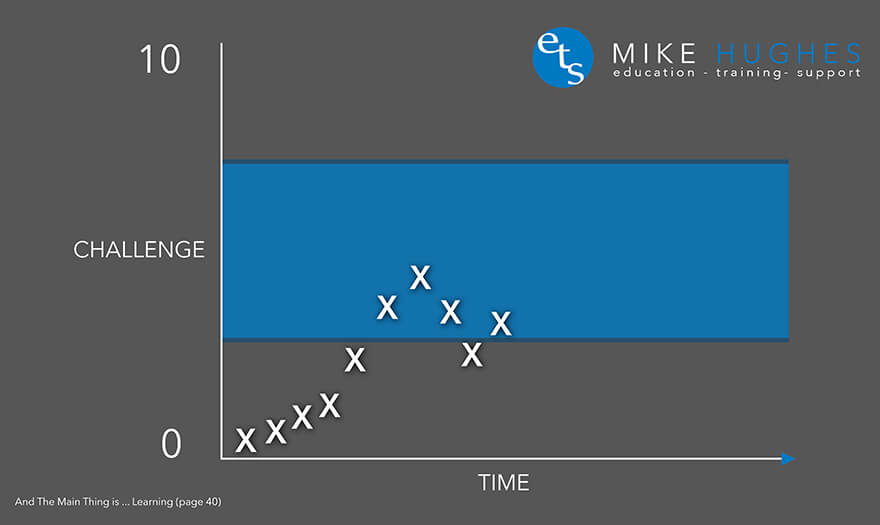 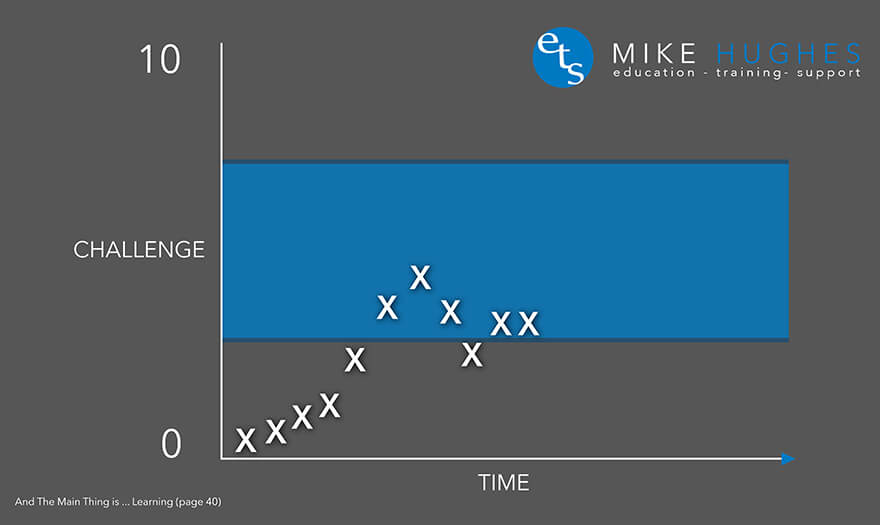 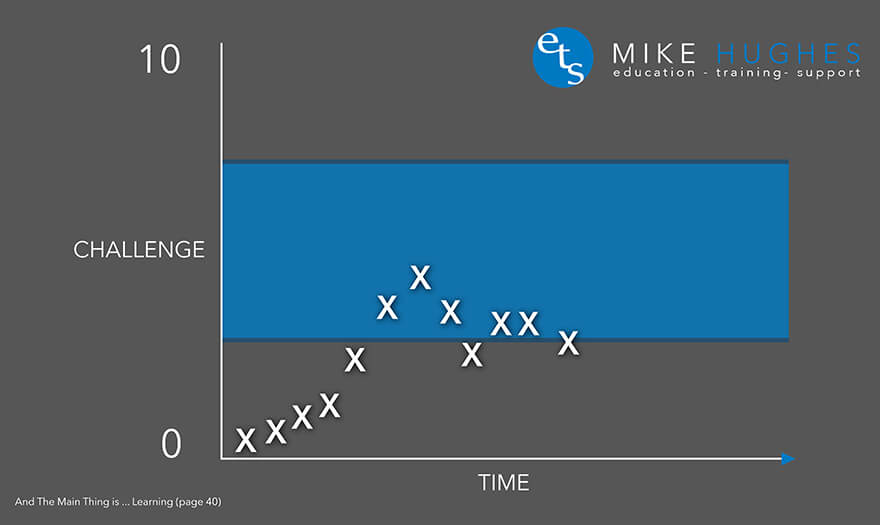 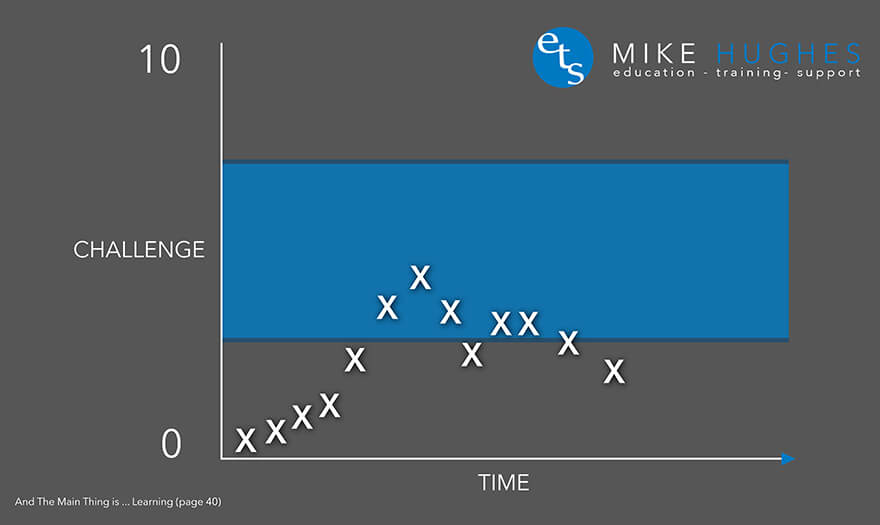 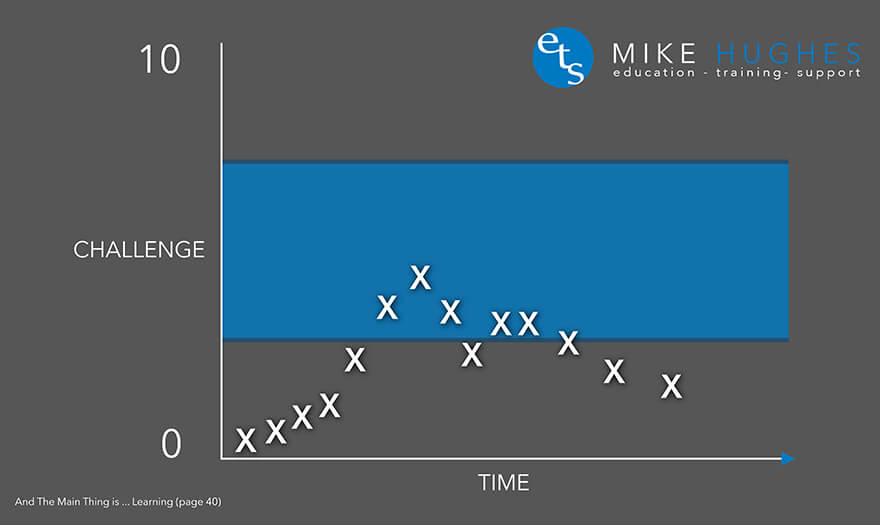 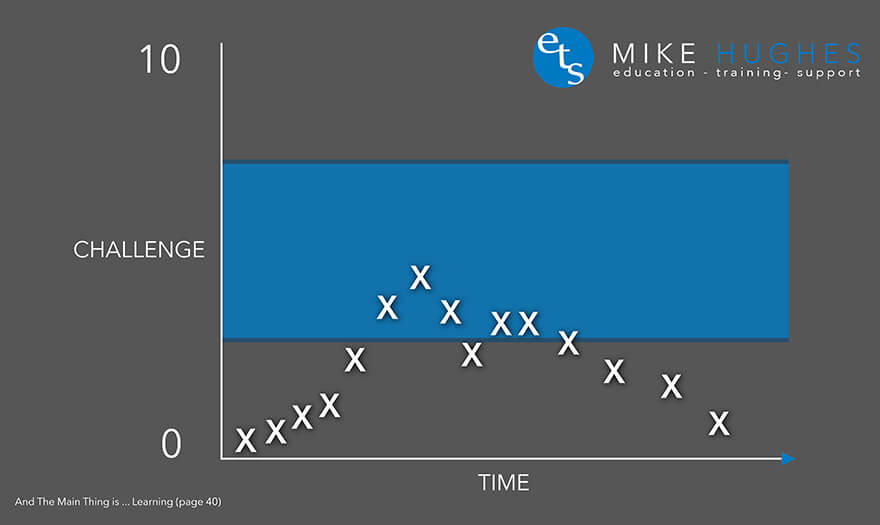 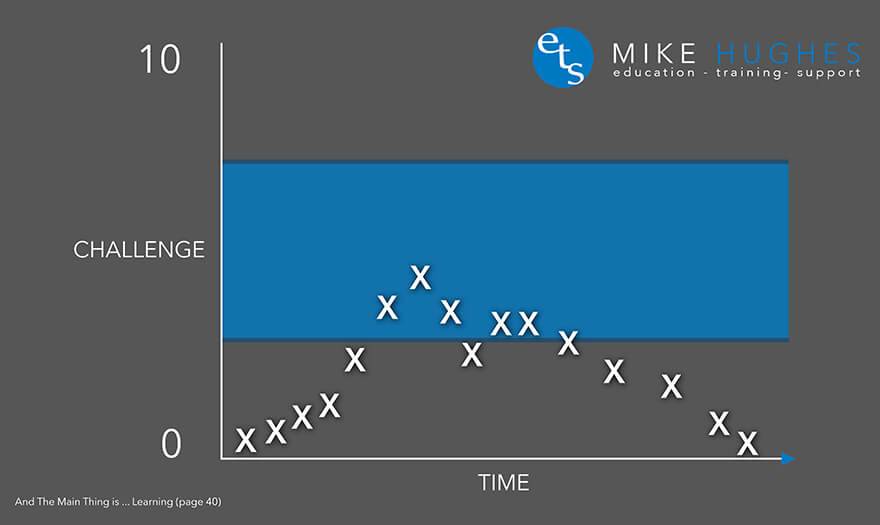 The tool can be used in many ways and is particularly effective when used as part of a coaching/video programme. Every five minutes or so consider how challenging the lesson is. This can be done on a simple 1-10 scale with 1-3 being too easy and 8-10 being too hard.

There is no definitive correct answer and we are not seeking to complete tidy graphs. We are simply prompting discussion and reflection – it is the process that is powerful.

“As with other tools introduced by Mike, this one significantly raised the quality of debate about pedagogy across the school. It inspired a more creative approach to teaching and learning and quickly raised the quality of lessons. I would recommend it unreservedly as a means of encouraging reflective teachers and successful learners.”
Chris Holmwood – Principal of the LTC and senior deputy head at Shenley Brook End School

Question of the Week

The best teachers ask the best questions. Few would dispute this assertion. Indeed, there is a growing consensus that the quality of the questioning has a significant impact upon the quality of student learning. Where once it was largely left to chance, there is growing evidence that the crucial area of questioning and dialogue in general can both be planned for and improved.

Anything that encourages teachers to reflect upon and talk about questioning has therefore got to be a good thing. Question of the Week was designed to do just that. There are many variations around the theme – some schools organise the competition through subject areas, some ‘play’ for chocolate – the key is to get teachers thinking carefully about their questioning.

QoW revolves around the question; what is the best question that you’ve asked this week? (if a teacher cannot answer what does that tell you about the quality of their questioning?)

Of course, there are certain generic questions that we would all recognise as good practice that could be entered every week. Examples include:

Previous Winners of Question of The Week Award

Normally I would ask you a question – what do you think I’ll ask?
Mike Hughes – Lessons are for Learning 1997 (QoW has been running for quite a while in some schools!)

If the Duke of Ferrara was a car, which car would he have been and why?

Would we all be talking German now if Hitler had invaded immediately after Dunkirk?
Can you tell me what happened with the five loaves and two fishes without using the word miracle?
If we had to lose one of the four mathematical functions (add, subtract, multiply, divide) which one would you lose and why?

Who was responsible for Tybalt’s death?

NB: these questions would almost certainly be followed up with subsequent questions such as why, can you give an example, do you agree and so on…

Question of the Week Winner

What is the difference between being a child and having a childhood?
Rachel Irwin, Trinity School, Carlisle

Please feel free to disagree with the judge’s choice. In order to do so you will have had to think – and quite probably talk – about questioning. Job done!

“This has really got teachers thinking carefully about questioning. It sounds such a simple idea and yet it has got the staff really buzzing. There is no doubt it is helping raise the quality of our questioning.”
Declan Mcardle – Assistant Headteacher Trinity School Carlisle

What is the difference between occupied and engaged?

Mike’s work is hugely varied and tailored to fit the needs of the individual school/teacher. Anyone considering working with Mike is invited to contact him to discuss their requirements and explore possibilities. Please include the name of your school in your enquiry.

h J R
Mike Hughes ETS MikeHughesETS I finally made my on stage debut for @kellylinemusic last night as Ben lost his voice literally mid song & I stepped in to complete Cowboy Song. Have a listen to how it sounded (in my head at least!) here https://t.co/chusZCTMFP https://t.co/L2aQZ6D6Zx 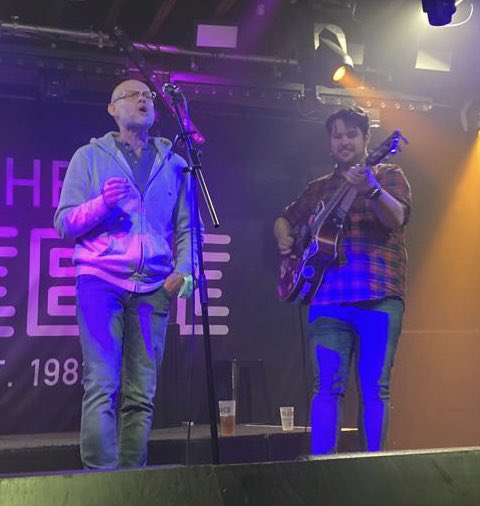 h J R
Mike Hughes ETS MikeHughesETS It’s time for the third workshop in the 2021-22 Magenta programme with @NAPD_IE First session is at 11.00, repeated at 4.00